Their fan (till the day he dies) reporting :


On the 19th of September 1987 I went to a rock concert in a community centre in the small Polish town of Ustrzyki Dolne. A Poland-famous punk band KSU were set to perform there. I was also curious about Section U - a rock band already quite famous in that town. I didn't know that a band called 'Naked Relations' (Polish name 'Nagie Zależności') were set to perform as well. What happened: I became enthralled with them. Newly-formed 'Naked Relations' consisted of two former Section U musicians : Mariusz Koluch (the leader) - guitar & vocals (as a Section U member he didn't play the guitar) and Jacek Oskory - drums plus Darek Sobiecki - bass. The trio sounded very different from Section U. Mariusz's voice became more vibrating and sunny. His guitar playing technique markedly differed from the one characteristic of Section U. I also liked Darek's unique "dancing" bass. Unlike Section U, Naked Relations didn't play cold-wave. Their music was much warmer, with no distinct references to British bands. The music was not very complex, but it was different from other local stuff so that in fact not many people really liked it. If so, they mostly admired the power and unprecedented charm of Mariusz's voice, not the rest of his talent (guitar playing, compositions, lyrics). I became their fan. I witnessed many of their rehearsals. I got to know Mariusz's various ideas which often considerably went beyond music available to us at that time. Especially one piece engraved in my memory: a psychodelic one with two wah-wah guitars. There was something "British" in their music, not American, not Polish. After a few line-up changes and varius mishaps, the group disbanded. Actually it was the project because Mariusz was the only constant member of the group. Naked Relations have been forgotten. The leader tearfully reminisces about the band but he doesn't want to dredge up the old stuff - even though he recently started his work as a rockman again. A dozen or so recordings have survived, of poor quality, spoilt by wrong processing.

Since the beginning of 2012 Naked Relations are alive again! Mariusz's new stuff is in rehearsal at Cracow and on the 17th of August the first performance of the new line-up took place▼.

Excerpts from the album „I Am Or I Am Not”

All songs by Mariusz Koluch  ©  all rights reserved 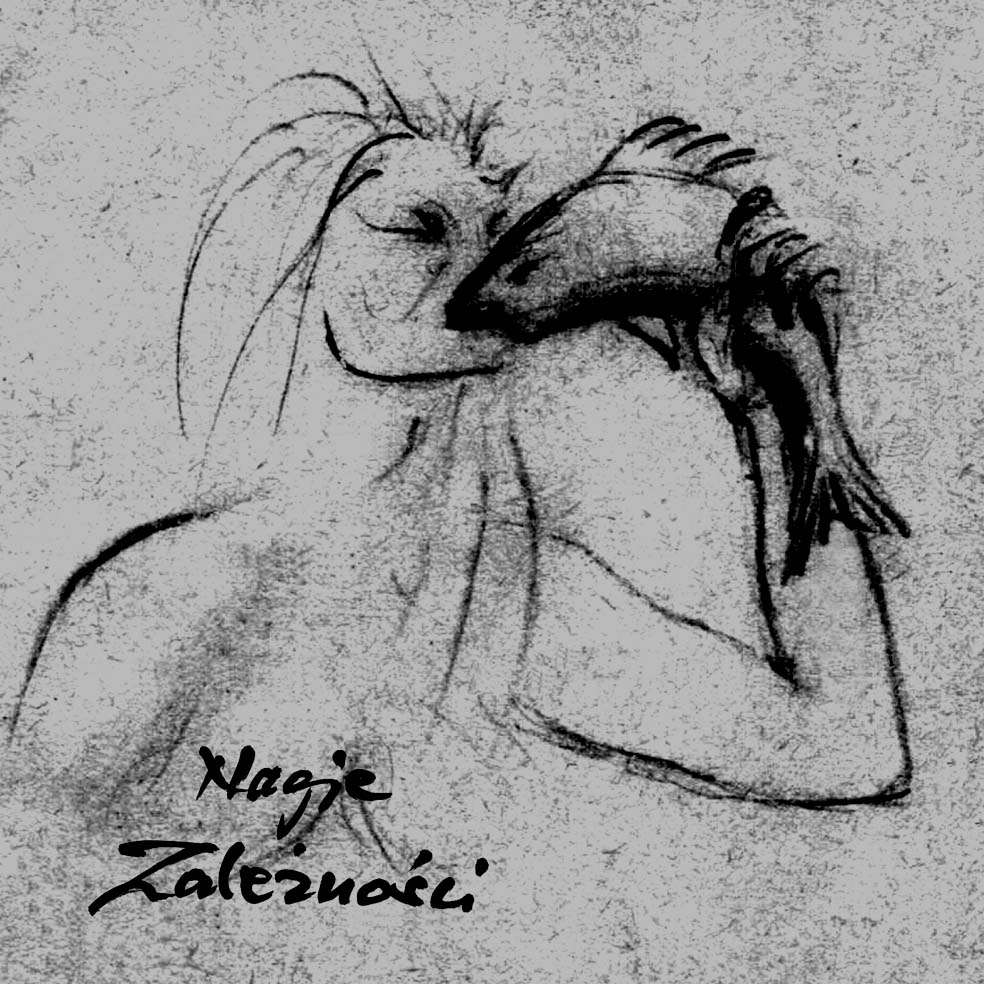 
3 videos from a rehearsal and concert in Przemyśl (Poland) in 1990 (playlist).
The shooting - Wojciech Bobrowicz: